Looking at the global chart of Alibaba Group shares, it seems that the 38% corrective fall down is reaching its logical conclusion.

During the fall, each low update was accompanied by trading volumes decrease, and the “Bullish Pennant” pattern is formed on the chart itself.
The target for working out such a pattern is in the range of $265-285, which is at least +30%.
In this zone, you should cover your longs and look around to see what the general mood will be in the market.

Analyzing the chart today, we consider the scenario of the BABA shares price correction continuation down to $165, and possibly to $135, after a rebound to the zone of $265-285 from current prices, is more likely.

This assumption will be shattered by buyers if they can confidently fix the BABA shares price above $285.
Let’s wait and see who will dominate the market in the future)

IBM 1M The history of the corporation is commendable

International Business Machines Corporation is an American electronic corporation, one of the world’s largest manufacturers of all types of computers and software, one of the largest providers of global information networks. The story begins in the 19th century.
IBM owns more patents than any other technology company.

If you have been following us for a long time, you should notice that we decided to make a portfolio of ideas from assets in the stock market for the long term.
And of course, it would have been blasphemy if we hadn’t written a review of such a powerful company as IBM.

The corporation has been actively developing for more than a century, making our life easier and better by introducing new technologies into it.

Looking at the chart, you can name one dark period in their history – this is the beginning of the 90s, when the IBM shares price fell to a critical $10.
In the early 1990s, the mainframe market crisis began, which peaked in 1993. And as you guessed – the main developer of mainframes was the IBM Corporation. Many analysts have started talking about the complete extinction of mainframes just now, and about the transition from centralized information processing to distributed (although the last mainframe was turned off in 2013).
In 1993, IBM posted a loss of $8bn, the largest in American corporate history at the time, and it was time for drastic action.

New CEO Luis Gerstner decides to cut 20% of its employees, which is 60,000 people. It was the largest cut in American history, but helped the IBM corporation survive from 1993-1994. From 1993 to 2002, when Gerstner left the Blue Giant, the company’s market capitalization rose from $29 billion to $168 billion. This man is considered the savior of IBM.

The next interesting period is the beginning of 2013, then a protracted correction of the IBM shares value began, with which the price is now trying to start going up.
An interesting coincidence is that the Gold price went into its 6-year correction also at the beginning of 2013.
Such a correlation might suggest that long-term investors have so much faith in IBM that they can view their stock as a defensive asset on par with Gold?)
By the way, below are our global thoughts concerning Gold.

So, now let’s talk about the prospects that we assume looking at the chart.

The maximum correction that we are now admitting is a fall to $110.50-112.50, from which we expect a solid growth in the IBM shares value.

We consider the critical level of $180.

Fixing the price above this level will open the way for a long-term growth perspective of $500-530.

If the market is negative, and the price cannot break above $180, then unfortunately, it will already be necessary to look towards $70 per IBM share.

What do you say, is this information interesting for you?
Share your thoughts and expectations in the comments on IBM stock.

JNJ Will the mark $200 stop a protracted and non-corrective growth?

Johnson & Johnson is a major manufacturer of cosmetic and sanitary products, as well as medical equipment and medicines. The company was founded in 1886.

In general, the history of the company is mega-successful. The corporation expanded through the purchases of competitors and gained more and more market share in its areas.
The company’s progress is confirmed by the capitalization, which exceeds $430bln, as well as the JNJ shares price chart, which is growing parabolic.

For 10 years, from 2002 to 2012, smart and patient investors took long positions in JNJ shares. During this period, the price was trading in a broad consolidation of $46-71, and the growing volumes suggested – patience and everything will be)

From 2012 to the present, the JNJ shares value has grown practically without correction.
Even during the Covid market plunge in February-March 2020, JNJ shares fell by only -29%. For example, then the S&P500 fell by -35%, the DJI index -38%, and the shares of the hype TSLA by as much as -60%.
The investors in this company knew and believed and they did not lose, because during the COVID-19 pandemic, a subsidiary of Johnson & Johnson, Janssen Pharmaceutica, developed a vaccine against this virus, which is certified for use in the USA and the EU, and the value of JNJ shares has renewed its absolute high.

Since the beginning of the year, JNJ’s share price has been pushed towards the important $171 level. After the price fixes above this level, another upward impulse will take place.
We assume that it may be final before the start of a prolonged downward correction.
In the range of $195-200, it is better to fix the longs and look around, because the correction can be deep enough, and enough of those who want to buy JNJ shares again may be in the $84-96 zone.

Today we will write our expectations regarding the value of Netflix shares in the future, as well as a little bit of the history of the company’s development.

If you love reading business literature to inspire you for future accomplishments, then feel free to read the story of “getting on its feet” once a small company that has been renting and selling VSH cassettes and DVDs by post since 1997.
One year after founding, the owners stopped selling VSH and DVDs to focus on the initial idea of ​​renting discs and cassettes.
Their entire history is based on the “super flexibility” of executives who sensed the future trend of their market and acted ahead of schedule.

Here’s an example of how a small at that time Netflix beat the giant of their segment – Blockbuster.
Blockbuster’s heyday dates back to 2004, when the company employs about 60 thousand people, and the company owned 9000 rental points and stores. In the late 2000s, Blockbuster faced strong competition from online video service Netflix and filed for bankruptcy in 2010.

Netflix, on the other hand, has expanded its business since 2007 by introducing online media streaming, while not closing the DVD and Blu-ray rentals.
Since 2010, the company has expanded from the United States and expanded internationally.
And since 2013, Netflix has entered the proprietary content industry with the debut of its first series.
Now there are plenty of competitors on Netflix and we all know them and use their services, but the NFLX shares price confirms their strength in the market.

If you narrow the chart, you will see that the NFLX share price has been moving in a dynamic channel upward since 2004.
In 2012, the share price bounced off the lower limit of the channel and the mark of $8 and began an upward trend that continues to this day.

In February-March 2020, when the entire market fell by 30-35%, or even more, NFLX shares fell in value only by -26%.
However, the CoviD crisis was good for the company. Everyone went home and bought subscriptions to their services, and Netflix’s stock doubled.

In fact, for the last 12 months, the NFLX shares price has been in consolidation in the corridor of $475-575.
Trading volumes are decreasing, which means that in the near future the price will have a strong impulse.

There is a high probability that the momentum will be up, the price will break and fixes above $575, and the next stop from above will be $860 per NFLX share.

An alternative scenario is a fall in the NFLX price to $275-325. This scenario is activated when the price breaks and fixes below $475, and the first bell that it is worth refraining from longs will be the price approaching $500. 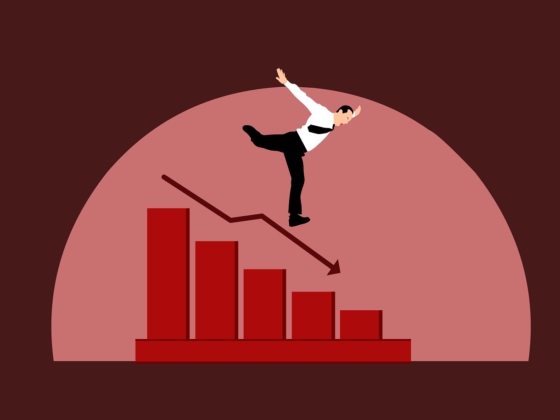 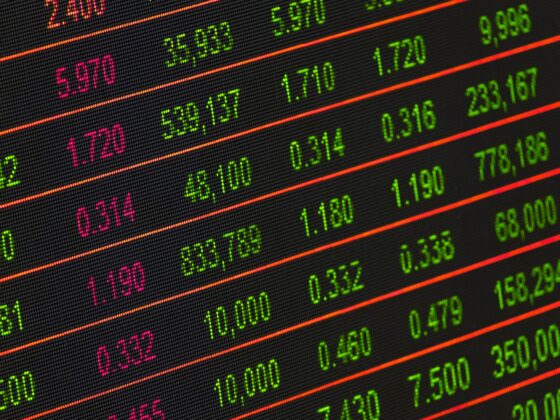